This forum is all about supernatural things.

The word supernatural refers to things that some people believes and believed that are real, despite the fact that it is not a part of nature. We cannot prove whether these things are real BUT some people often disagree.

Some examples of supernatural things are:

I believe that good and evil are part of nature that we have embraced throughout the years. Like how we can determine what is good when don't know what is bad. We just need to accept that in every good, there is bad and vice versa.


OT: how do you stand on superstitious beliefs? Does is have a basis?

People believes depending on the environment they're into, but what's important is that we ought to believe things that we should observed first and think for many times and are really worthy in our lives.

Many superstitions originated at a time when little was known about how the physical world functions. They were an early attempt at making sense of the world through legends and anecdotal tales of cause and effect. In today's more scientific world, superstitions persist for the same basic reason they began: A belief in superstitions gives people an illusion of control in an uncertain world.

A superstition is a belief that is not based on logic or reason. Superstitions often promise to protect someone from harm or in some way affect the future. For example, opening an umbrella in a house is said to lead to bad luck, finding a four leaf clover would bring good luck, and wearing a special gemstone or crystal would ward off evil. These superstitions have no logical basis, yet they are still followed by millions.

People believe in superstitions because they want to believe in them. It's easy enough for believers to find coincidental connections and label them as proof, or to simply say that their superstitious beliefs defy explanation. Interestingly, a belief in superstitions can actually appear to affect a person's "luck," though what it really affects is a person's outlook.

The human mind is powerful, and events that are based on a person's performance can be influenced by that person's outlook or beliefs. This is commonly known as a placebo effect.

When a superstitious person breaks a mirror (which is supposed to bring seven years of bad luck) he may actually perform poorly on a test, forget his lines during a play, or miss an easy layup during a basketball game. Conversely, carrying a rabbit's foot may give the same person the confidence to do well in all of those areas (if he actually has the necessary skills).

This is why superstitions are so prevalent among athletes, actors, and students. Some athletes may decide that they have to perform a certain ritual, like turning in three circles before leaving the locker room or wearing a certain pair of lucky socks. Thespians often do not wish each other good luck before a play, as that is supposed to have the opposite effect. Instead, they tell each other to "break a leg," and they never say the name of the Scottish Play unless they are on stage performing it.

Superstitions have arisen in nearly every culture, yet some superstitions have opposite meanings in different countries. In the United States, both black cats and the number 13 are unlucky. Yet black cats are lucky in Britain and the number 13 is lucky in Italy. Does a black cat's luck change when it makes a trip across the pond? And what happens if a black cat crosses in front of both a Brit and American who are walking on the same street?

Though superstitions have some interesting background stories and can have a placebo affect on those who believe in them, they all seem to come back to a matter of control. People want to have control over the events in their lives. They will believe in many strange ideas to gain even an illusory sense of control. Yet, if control is so important, why do some people seem to prefer superstitious beliefs over scientific fact?

At the most basic level, some people associate the term "belief" with positive concepts like emotional sensitivity, artistry, inspiration, magic or faith, but attach negative connotations to "facts," such as being dry, boring or unimaginative. Beliefs are uplifting; facts are grounding. That alone can be enough to make some people shy from staid facts and embrace more magical beliefs.

Superstitious beliefs may also be seen as more accessible than scientific facts. To be confirmed, scientific facts must be objective, verified observations. They must stand up to investigation with consistent results. Superstitions, on the other hand, defy logic and simply require belief. People can "just know" they are "true," instead of being bothered with proving them to others.

Superstitious people often say, "I don't know how it works, it just does." And, when it comes to performance, maybe superstitions do work--in a way. A basketball player might score more points when wearing his lucky socks, but give those same socks to a kid off the street who doesn't have the baller's skills or dedicated training regime, and he'd still be riding the bench.

no i dont believe in those stupid story..
magic is only trickery and ghost is a story to scare children..

Yes you have a point but how can you explain those ancient ruins like pyramid and underground civilization with perfect engineering structure?

anyways topic was simple as "supernatural" first magics and ghosts aren't real. thats why scientist now a days has theories and conclusions.. because they have proofs.. although I also believe in Evolution(But not in the Theory of evolution of charles darwin) ... space/universe expands.. and anything we have here on earth has space making it matter... supernatural is just a superstition for people who dont believe in reality.. well actually the reason why people has supertition is that many things now a days exist for real (cellphone,camera,airplane etc.) that is why they believe on some things thats not even existing... We all expect beyond our own limits.. expanding our imaginations. facts are different to our beliefs. so better not to be confuse on it

Hannah Grace wrote:The word supernatural refers to things that some people believes and believed that are real, despite the fact that it is not a  part of nature. We cannot prove whether these things are real BUT some people often disagree.

Some examples of supernatural things are:

Well, I believe that those supernatural beings/things exists in the mortal world. Why, you asked? It is because many things in this world cannot be explained by science (mind you, I'm a realistic who believes in science

), besides, I've read some stories concerning to beings down below, spirits, and unbelievable stories about life (specifically, reincarnation) that surely cannot explained by scientific theories...

Mam, do you believe in supernaturals in this world? in what specific thing?

i believe in miracles, souls, spirits or ghosts, angels, devils, asuras or demons and God because they are biblical or they are written in the Bible.

I think so, they are everywhere. I believe there are some who don't do anythig to living persons but some wanted to be back in this world that is why they wanted to be possess a person's body who do not have enough faith in God.

I do believe in supernaturals such as ghost and power such as healing powers, kulam, barang. It is proven in our prvince.

Honestly, I do believe in Supernatural being I already experienced some of it. It's creepy at first and there are questions that remain in my mind, why they exist in this world?, what are they aiming for? or they have an unfinished business thing in this world. In the end, it will test your belief in SUPERnatural which is GOD.


Yes I do belive in supernatural like ghosts, spirits, and mythical creatures because sometimes although i don't see them, I feel them but then, I don't have any special talents like 3rd EYE.

A big YES ! I was been a victim by super naturals when I was in highschool and I will never ever forget that experience. If ther's no supernatural, then why do people suddenly explode their experiences about that? and how do people know about supernatural that causes a mysterious stories? I'm a bit confused.

I believe that the supernatural creatures are exist in our world because based on the Bible : the angels is creation of God is to ministering here on earth . In Daniel 6:22 says ; " My God sent his angel and shut the lions’ mouths, and they have not harmed me, because I was found blameless before him; and also before you, O king, I have done no harm. The demon is also the creation of God but their are rebelious angel and thrown it in the hell. In Revelation 12:9 says " And the great dragon was thrown down, that ancient serpent, who is called the devil and Satan, the deceiver of the whole world— he was thrown down to the earth, and his angels were thrown down with him."

Bruno Dars wrote:Mam, do you believe in supernaturals in this world? in what specific thing?

jetjetpalpal wrote:If ther's no supernatural, then why do people suddenly explode their experiences about that? and how do people know about supernatural that causes a mysterious stories? I'm a bit confused.

Yes Jetjet, you have a point. I believe everybody has experienced something he or she still can't figure out what happened or science somehow cannot explain it so far.
Many of the experiences that seem to be "supernatural" or unusual to some people, seem very natural to me, and I also agree that it is the challenges of living our lives that often get in the way of realizing all the natural "magic" in our world. Worry and stress sometimes become obstacles for fully exploring all this life experience has to offer. It has a lot to do with our attitude and perception of the life experience, and if we can create balance in our lives to be able to enjoy the present moment.

Hebrews 11:1 says ; " Now faith is the assurance of things hoped for, the conviction of things not seen." I believe in supernatural creatures like spirit . God is spirit so I believe that God is exist .. Thank you

I believe that the supernatural creatures is real but sometimes we have no strong evidence to prove it. Like aliens , U.F.O and etc.

how can you explain the supernatural things in the bible?

and does the supernatural things has a basis? what is it?

believe or not but they are around,...! 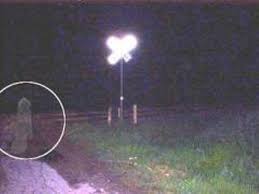 assylla wrote:and does the supernatural things has a basis? what is it?

Science can test a supernatural..